Colt installed a glazed solar shading system to the southern facade of the building to reduce solar heat gain and glare.

In the spring of 1991, a group of key companies and interested parties, including BRE and Colt, began formulating a performance specification for the Energy Efficient Office of the Future (EOF) project. The project was launched by BRECSU on behalf of the Department of the Environment, the objective was to identify new technologies and refinements in existing practice required to meet energy and environmental targets that will be in place in the early part of the next century, whilst satisfying the demands of owners and occupiers.

The Building Located at the BRE's Garston site, north of Watford, BRE Building 16 is the first "Energy Efficient Office of the Future". One of the EOF's key objectives was to minimise the use of artificial light whilst actively exploiting natural daylight in the building. As part of the response to the objective, glass louvre was specified. Prior to installation, the Colt glass louvre system was extensively tested by the University of Westminster's Research In Building Group under both overcast and sunny conditions.

The agreed solution - banks of Colt movable glass louvres installed on the building's southern facade - was initially intended purely as a control for solar gain. However, in an extension to the original concept, the Colt glass louvres are also used to control glare, with the intention that occupants would feel no need to revert to a "blinds down, lights on" mentality. An additional and important attraction of the Colt glass louvre system was whilst minimising gain and glare, it still afforded occupants a view outside. Ensuring that occupants remain connected to the external environment was deemed to be very important. The glass louvres also represent one of the building's most striking architectural features. "Energy efficiency is only acceptable when the resultant design leads to a comfortable and healthy working environment," explained the BRE's Jason Happy. "The ability to control glare and solar gain, whilst maximising daylight and keeping the occupier 'in touch' with the external environment certainly should help to achieve that objective."

Colt Shadoglass glass louvres have been widely specified throughout Europe not only for their daylight provision, solar control and noise attenuation but also for their aesthetic qualities. They are part of the wider Colt portfolio of daylighting and solar shading products, which includes roof mounted and structural glazing systems as well as canopies, fixed solar shading and solar blinds. 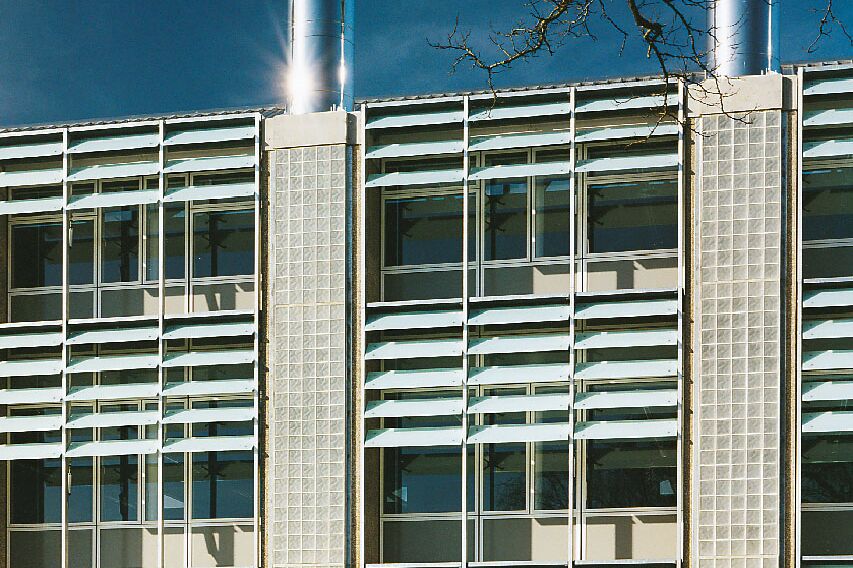 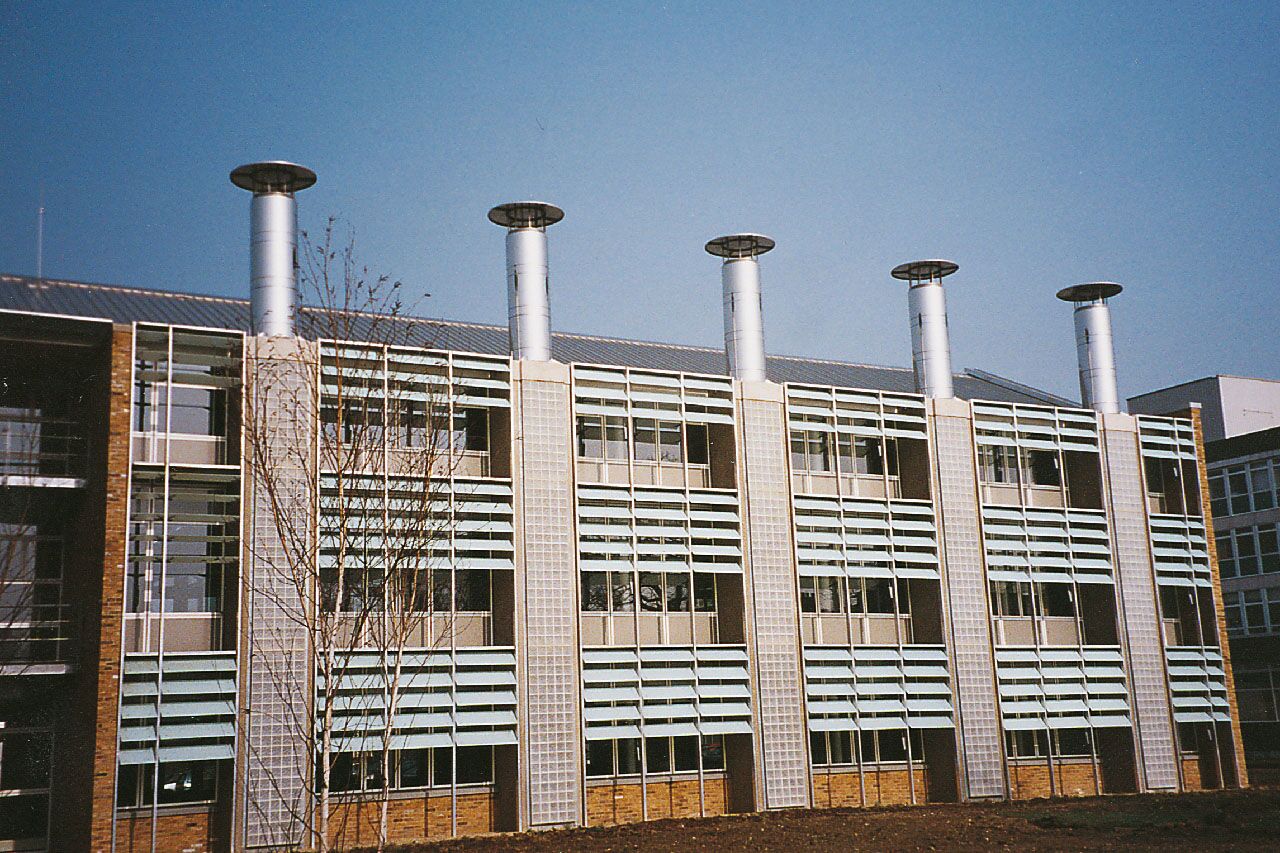 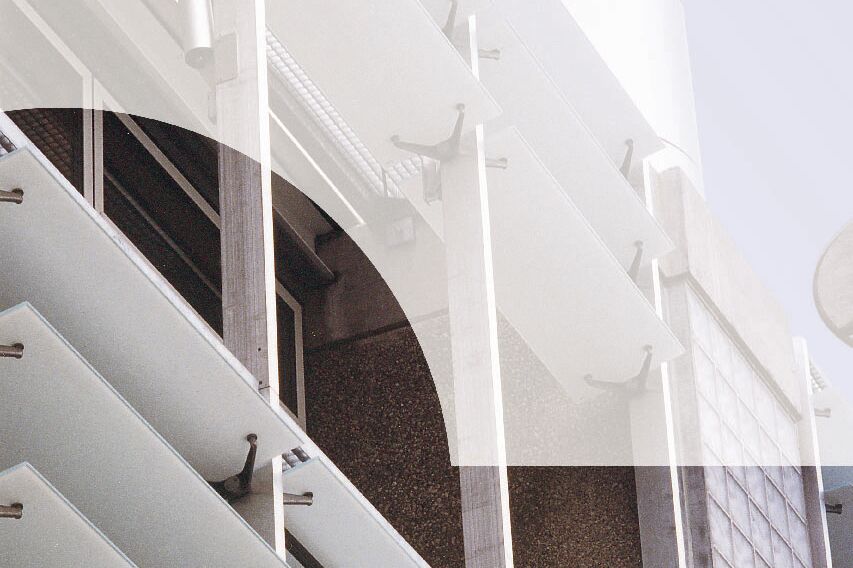