Born out of a vision in the boom years of the late eighties, Canary Wharf was London's most ambitious commercial development.

Canary Wharf opened in recession-hit 1991 when the first tenants moved into the 50-storey tower, designed by US architect Cesar Pelli and completed by Olympia and York.

The tower at Canary Wharf is now an established London landmark with similar icon status as that of the Empire State Building in New York. This isn't the only similarity with the Empire State, which is now one of the world's most successful commercial developments.

The tower stands at 244 metres high and dominates London's eastern skyline. As the pinnacle of the tower the designers decided upon a 40 metre high stainless steel louvre pyramid which would be illuminated at night to provide London with a distinctive and unusual landmark. Colt was chosen as the company to design, manufacture and install the tower's pyramid.

Working closely with the project design team, Colt developed a stainless steel louvre profile which met the pyramid's aesthetic requirements and didn't deflect under design wind speeds of 75 mph. Once the design was finalised the process of manufacture began under exacting quality standards. The component parts had to fit together easily during installation and, most importantly, the exact lines of the pyramid had to be achieved. Made entirely from stainless steel weighing over 100 tons, the finished pyramid is 30 metres square at its base and 40 metres high. It is held together with over 100,000 nuts and bolts. Lights are fixed to the inside of the blades to illuminate the pyramid at night, and a louvre access door opens to allow a shining beacon to identify the building to passing aircraft.

Louvre panels are available in various configurations, materials, finishes and coatings to meet the requirements of almost any project. Besides aluminium profiles, there are all manner of glass, textile, wood, terracotta clay and translucent acrylic louvres available depending upon the aesthetic and energetic requirements. 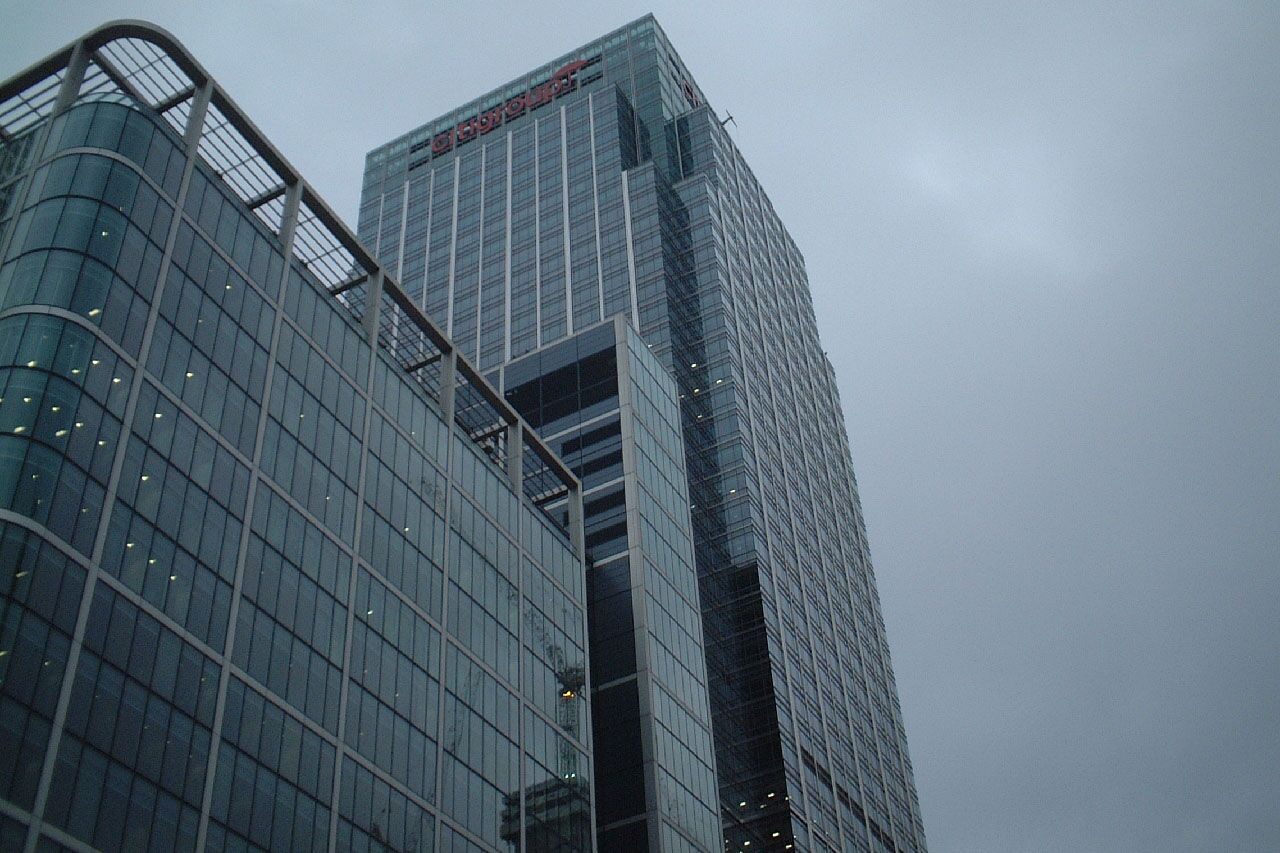 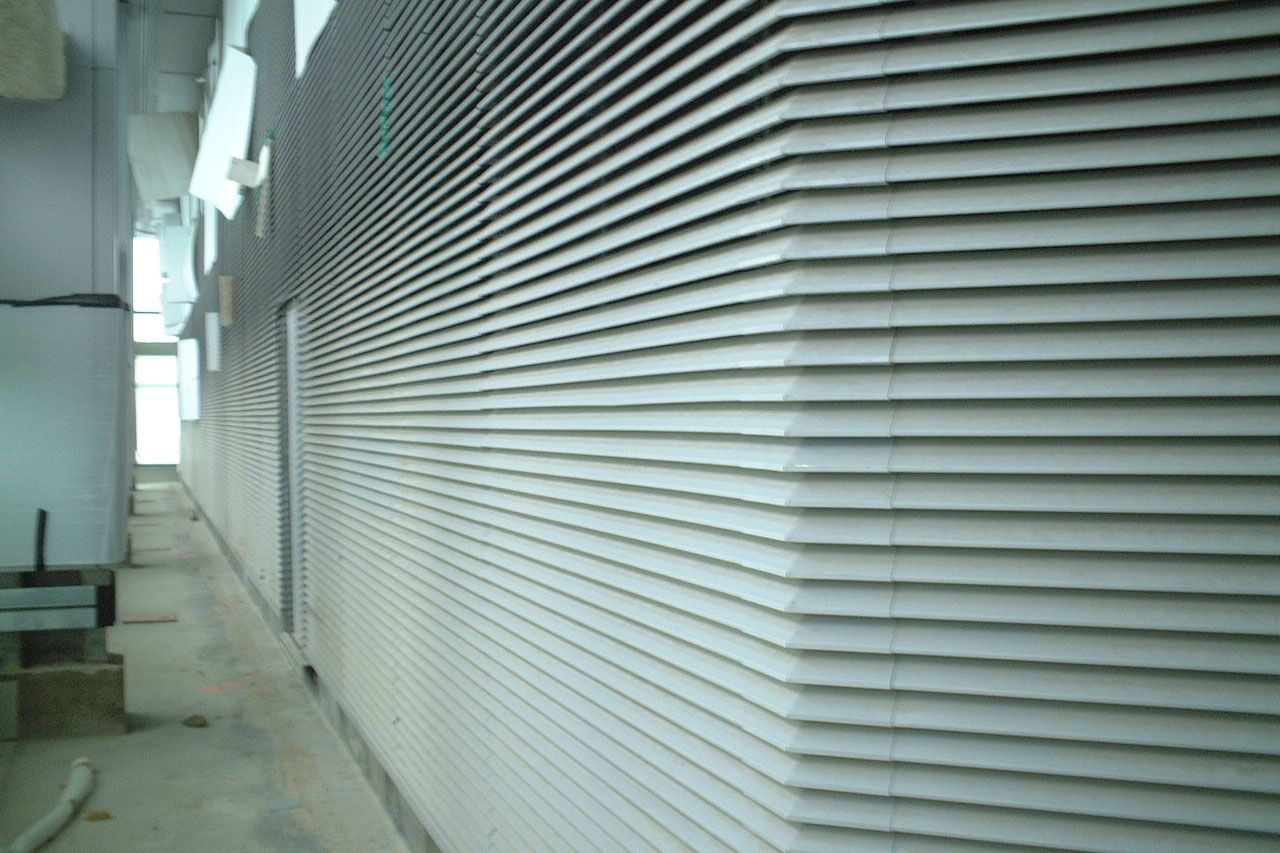 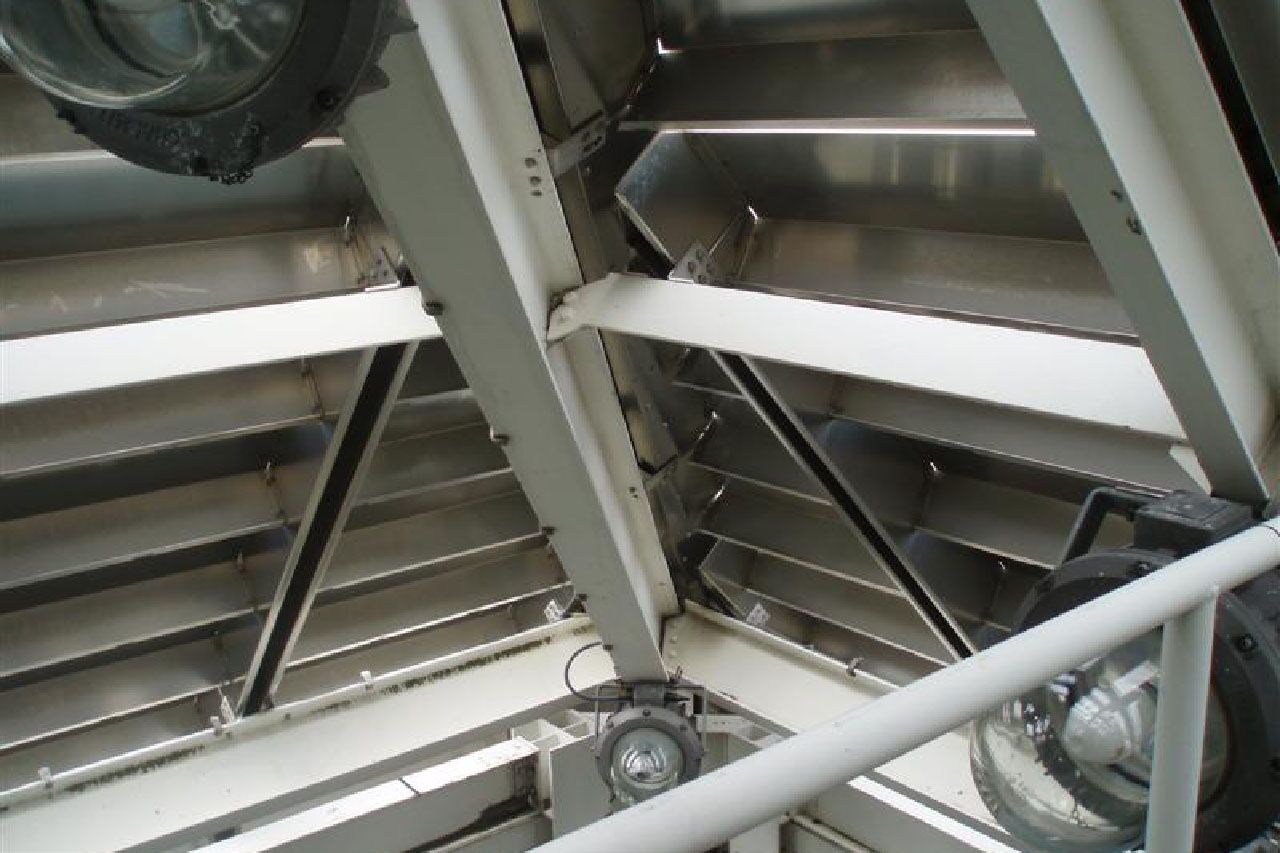