The Oxford Castle and Prison has been developed over the past five years as part of a mixed use heritage facility.

Oxford Castle dates back to 1071 when Robert d'Oilly built the castle as a present for the newly crowned William I. This site includes various well preserved features dating back to this time, including a 20m high mound complete with internal well, the Norman Tower and Crypt of St George's Chapel.

The first records of the site being used as a gaol were in 1230, although many believe it was used as a prison before this date. The site was used as a prison until 1996 when it was decommissioned, although its history is littered with royal escapes, important roles in various wars and being the temporary residence of many important historical figures. It was also the site of many executions with hangings frequently taking place within the courtyard.

Since its decommission it has been featured in both domestic TV dramas such as Bad Girls and Inspector Morse, and Hollywood blockbusters including 102 Dalmations and Spy Game starring Brad Pitt.

The site was acquired on a 200 year lease by Trevor Osborne, who in partnership with Oxfordshire County Council and the Oxford Preservation Trust began a sympathetic and ambitiously sustainable development of the site into a luxury hotel and leisure complex.

Colt provided 28 Firelight glazed natural flap ventilators to provide comfort ventilation and smoke and heat ventilation. These are controlled by both a Weatherbeater system which automatically closes the vents when rain occurs and reopens once them the rain has stopped, and a temperature sensor for regulation of the internal temperature. These ventilators are unobtrusive and blend in well with the historic buildings.

In addition, since the upper roof atrium had to be divided into two reservoirs so that in the event of a fire, one side would extract smoke and one would take in fresh air, a smoke containment system was required. Colt provided a smoke curtain in the centre, and fixed glass panels on either side to fit the curves of the vaulted roof. 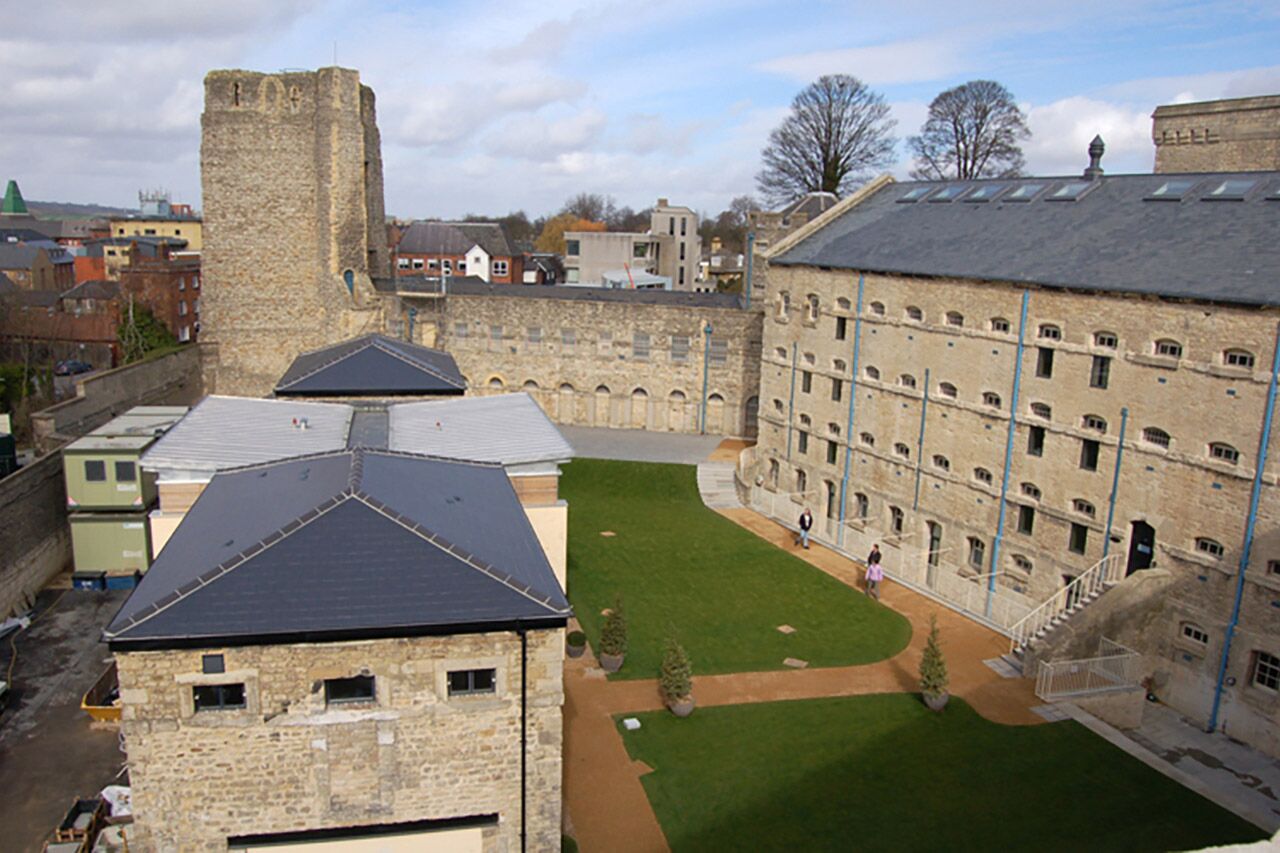 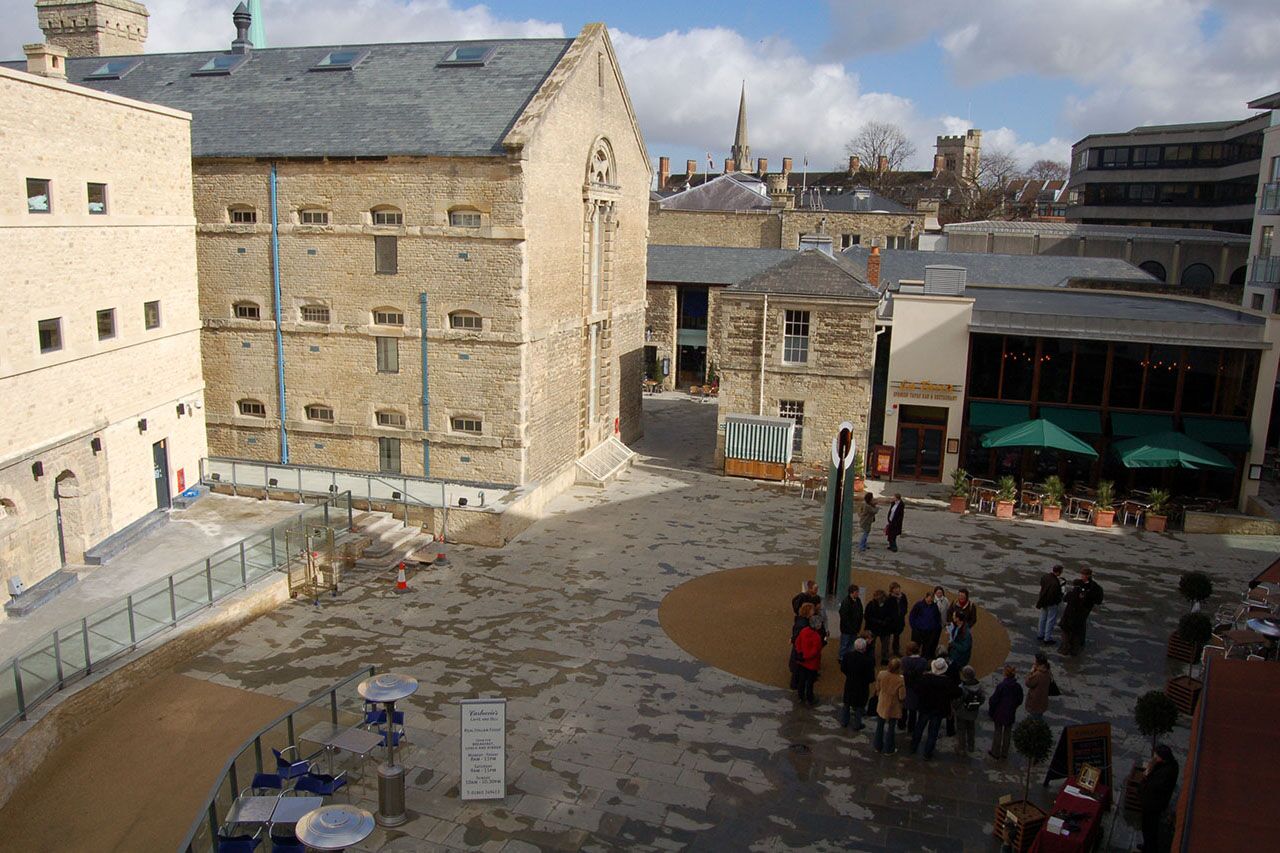 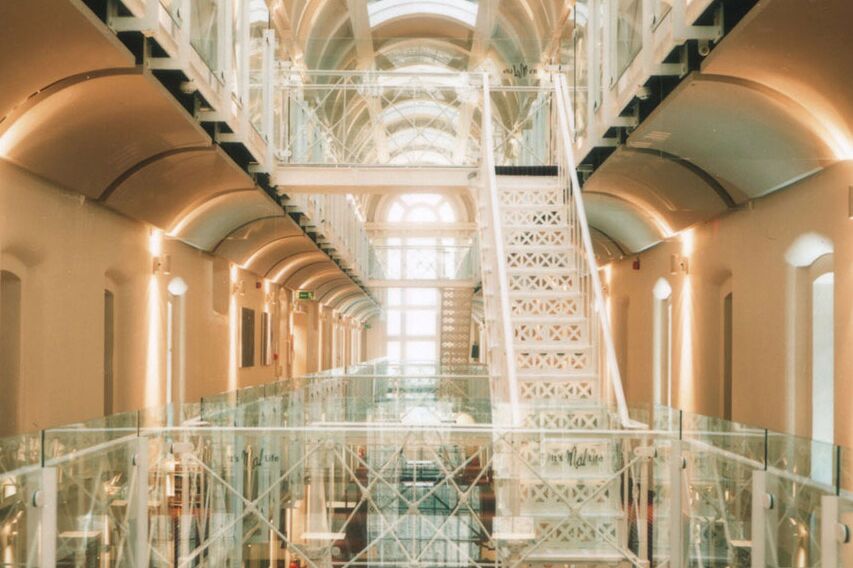