The Postbox, Upper Marshall St in Birmingham, is a large mixed use development comprising apartments and office space spread over three blocks.

Colt has provided smoke control systems for the apartment corridors and car park. The apartment corridors are protected from smoke escaping from a dwelling by automatically opening ventilators (AOVs) linked via an OPV control system to smoke detectors and break glass switches. In two blocks these AOVs comprise windows fitted with Colt actuators. In another block these AOVs comprise fire rated smoke dampers fitted to shafts with Colt Stairwell Ventilators fitted as terminations.

The system operates so that in a fire condition the AOV operates to allow the smoke to escape either directly to atmosphere or into the smoke shaft. The car park is situated below ground level on two levels and is completely enclosed, apart from an entrance ramp to each level. The client required a ventilation system to be designed and installed in line with the recommendations of Approved Documents B and F of the Building Regulations. The system needed to extract between 3 and 6 ACH to keep the amount of carbon monoxide under control, and 10 ACH in a fire situation to remove heat and smoke.

On each level four Colt Cyclone induction fans move the air from the entrance ramp towards the extract system, which has also been supplied by Colt.

Induction fans use tunnel ventilation technology to eliminate the need for costly and bulky ductwork. This may save car parking spaces and make the car park a lighter, less cluttered environment.

The Colt extract system comprises attenuated high temperature axial fan units. Colt also provided a main control system as well as addressable carbon monoxide detectors. For day to day operation the system monitors the carbon monoxide levels within the car park and once a set point has been reached the system increases the ventilation rates. Emergency control is fully automatic from the fire alarm detection systems or manually from the Fireman’s Override Switches.

Colt was also contracted to provide the CFD report which confirmed the viability of the ventilation scheme. 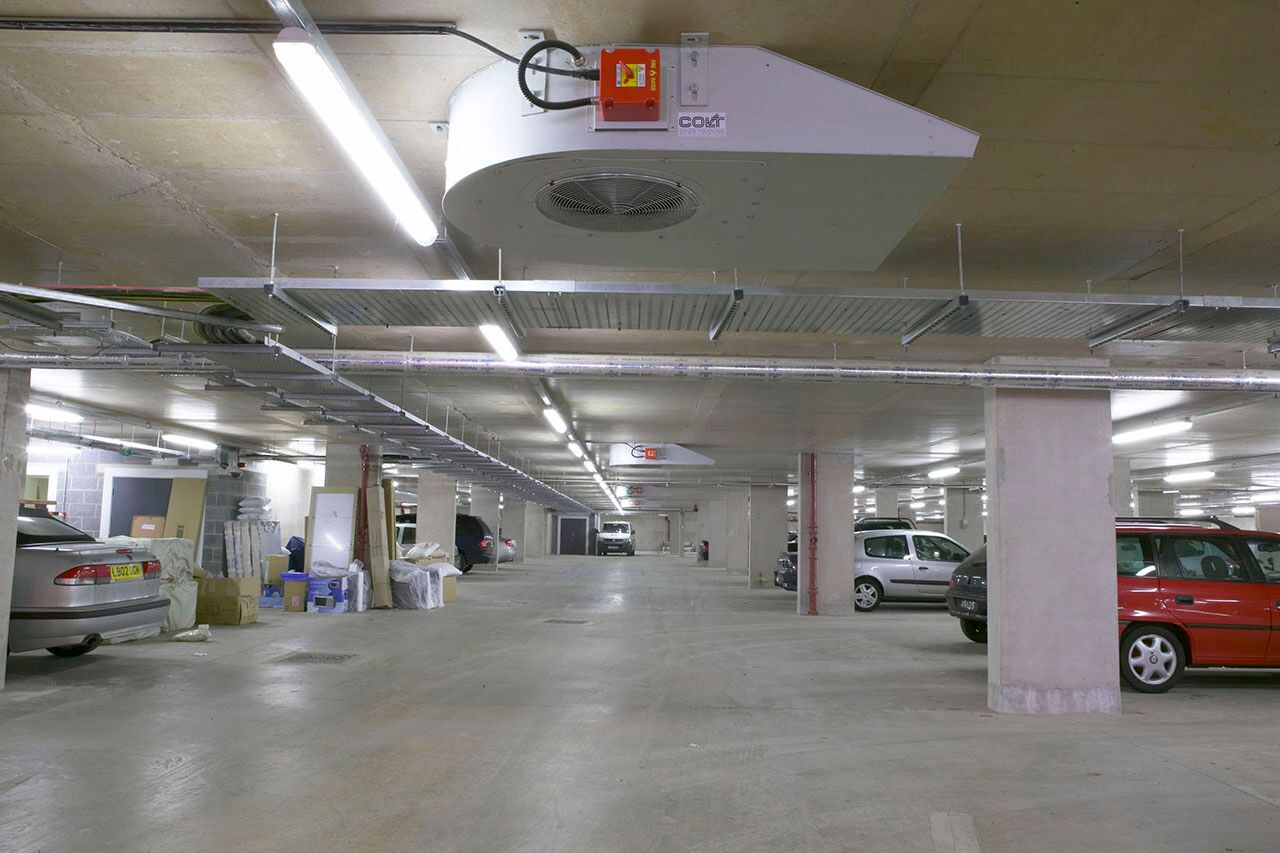 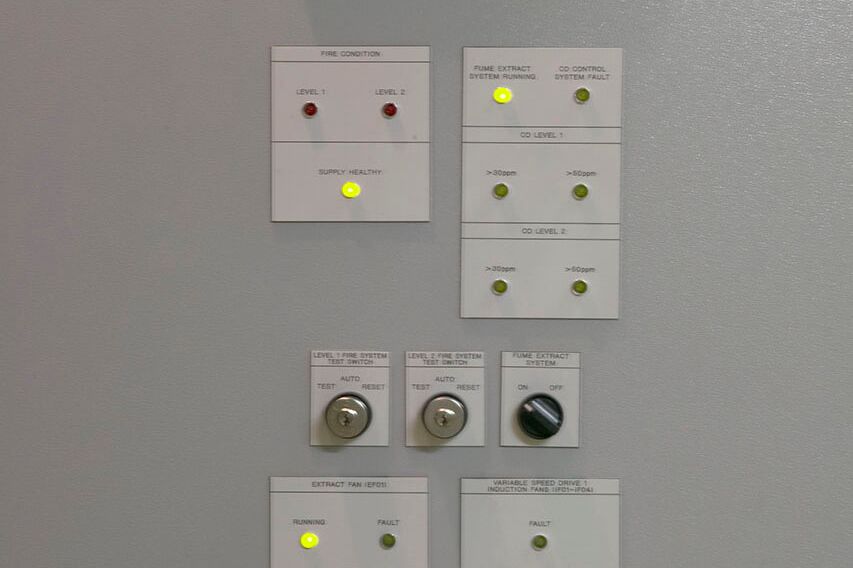 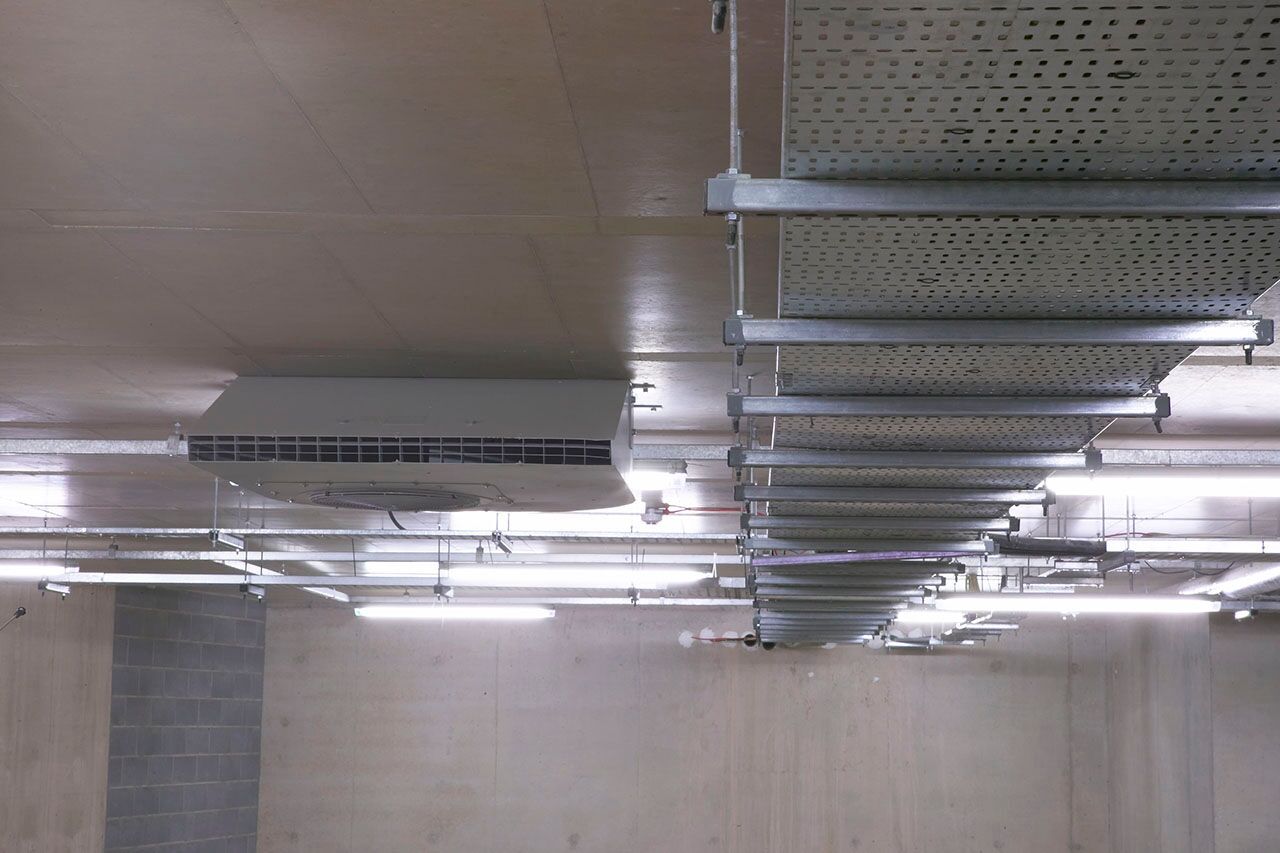 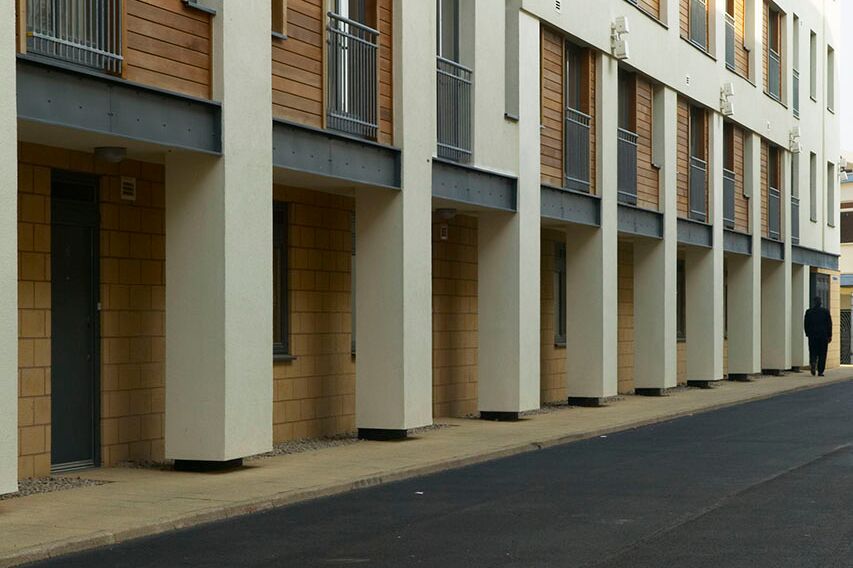 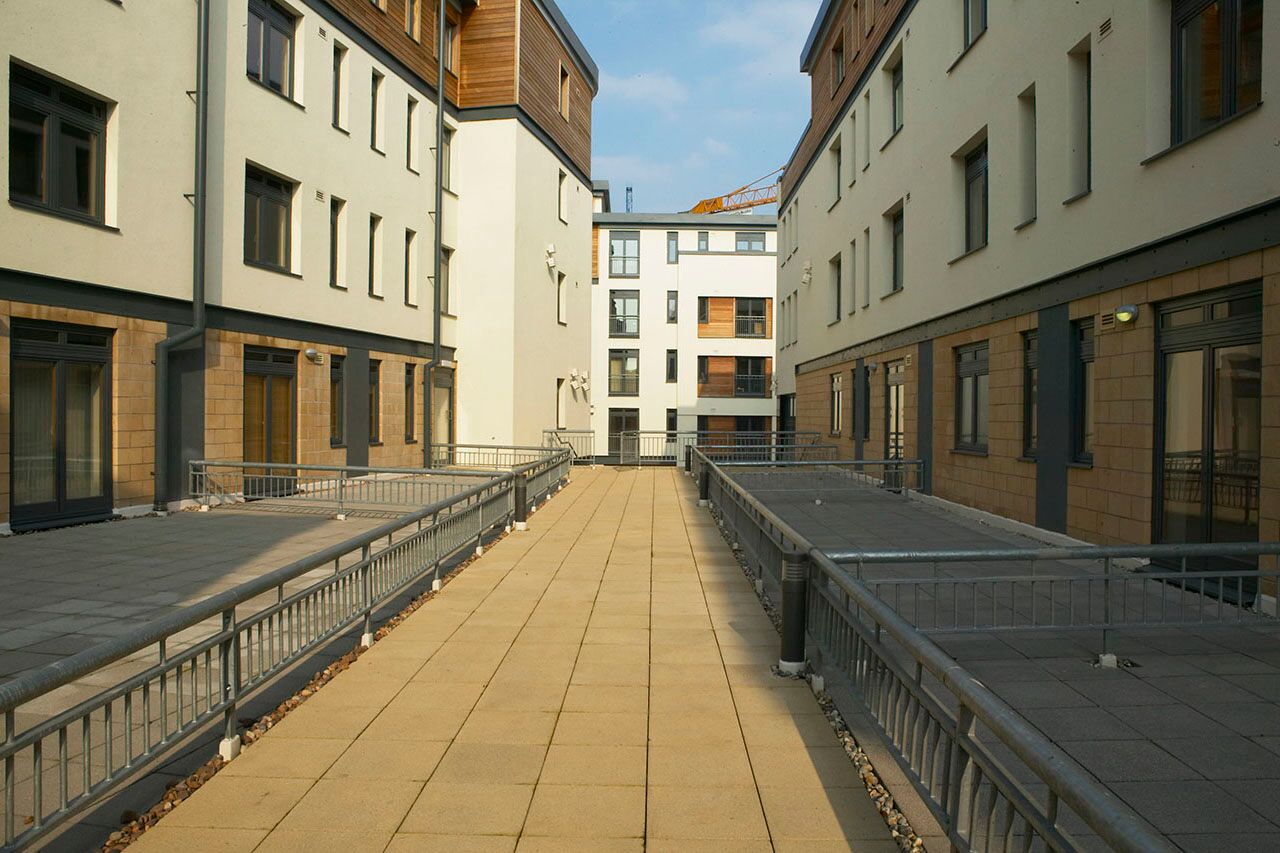