It’s hard to believe, but a series of tests carried out by us as part of the VDI 6022 certification, have confirmed that installing Colt CoolStream systems can actually mean that your staff are breathing in healthier air inside your buildings, than they are outside.

With traditional air conditioning systems, air inside a building is just re-circulated after cooling. CoolStream, however, is constantly introducing freshly filtered air into the workplace from outside, creating a safer, healthier workplace.

This is particularly important for building owners to consider now, as government advice for employers is to ensure well-ventilated workplaces where there is a constant supply of fresh air that reduces concentrations of coronavirus particles. 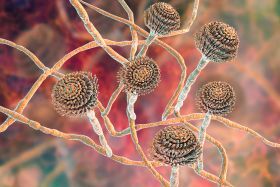 Our tests showed that concentration levels in the air of Cladosporium (a bacteria known to cause infections with skin, sinuses and lungs) were found to be more than 97.7% lower after passing through CoolStream. Large concentrations of this bacteria can also affect asthmatics and people suffering from respiratory diseases negatively – not something anyone wants!

In addition, the concentration of Aspergillus Fumigatus in the air, which is linked to chronic pulmonary infections in immunosuppressed individuals, was found to be 85% lower in the ‘cleaned’ air supplied by CoolStream.

In total, we tested 8 different groups of bacteria genus and all were reported as showing reductions in concentrations in the air of harmful bacteria – some so much that it was below measurable limits.

Want to find out if Colt’s CoolStream system can help you create safer, healthier workplace?

Request a no obligation consultation