Colt was asked to provide effective and efficient smoke control solutions for various areas within the new Biochemistry building.

As a specialist subcontractor that has successfully designed and installed smoke control systems at Oxford University for almost a decade, Colt was asked to provide effective and efficient smoke control solutions for various areas within the new Biochemistry building.

Within the building, there are three stair cores that require protection with smoke ventilation. Two of these are new build stairs whilst the third is an existing stair with additional lobbies within the new phase of the building.

In addition to the stairs there is also a basement and Waste Store that requires smoke ventilation.

These firefighting cores extend from basement to third floor level but are only required for firefighting at levels below ground.

The firefighting core is protected by a mechanical extract system that serves the basement and lower ground floors only. This system has an exhaust shaft rising through each lobby level within the firefighting shaft. Duty and standby fans connected to the shaft provide the exhaust, with these being mounted at roof level. A damper to the lobby is provided on each level.

Air inlet is provided when the door between the lobby and the stair is opened by the fire service. When the lobby doors are closed, the ventilation rate is automatically reduced to avoid excess depressurisation of the lobby.

This existing stair is located within the first phase of the building but has a new lobby at basement level within the new Phase 2 development, in addition to two lobbies in the first phase. This stair required a system similar to those described for the new build stairs, but in this instance there are two lobbies at basement level and one at lower ground. The system was designed on the basis of a single fire, so at basement level there would only be smoke on one side of the stair and thus only one damper would be open in any emergency event. This is a ducted mechanical system and rather than continuing up to roof level this system discharges at lower ground level through the façade of the building, into the lightwell. The head of stair vent was already existing and was connected into the control system for the new system.

There was a requirement for smoke clearance from the lower ground and basement levels via ductwork from basement to roof level extract fans. The principle here is that that smoke extract fans are used to bypass the AHU serving these areas. There are two systems serving the basement level.

There was a requirement for smoke extract from the waste store and we have supplied the fan set, fan starter panel and ATS and is a stand-alone system.

All the systems were successfully commissioned December 2020 with final air flow volumes being recorded January 2021 after building was completed. 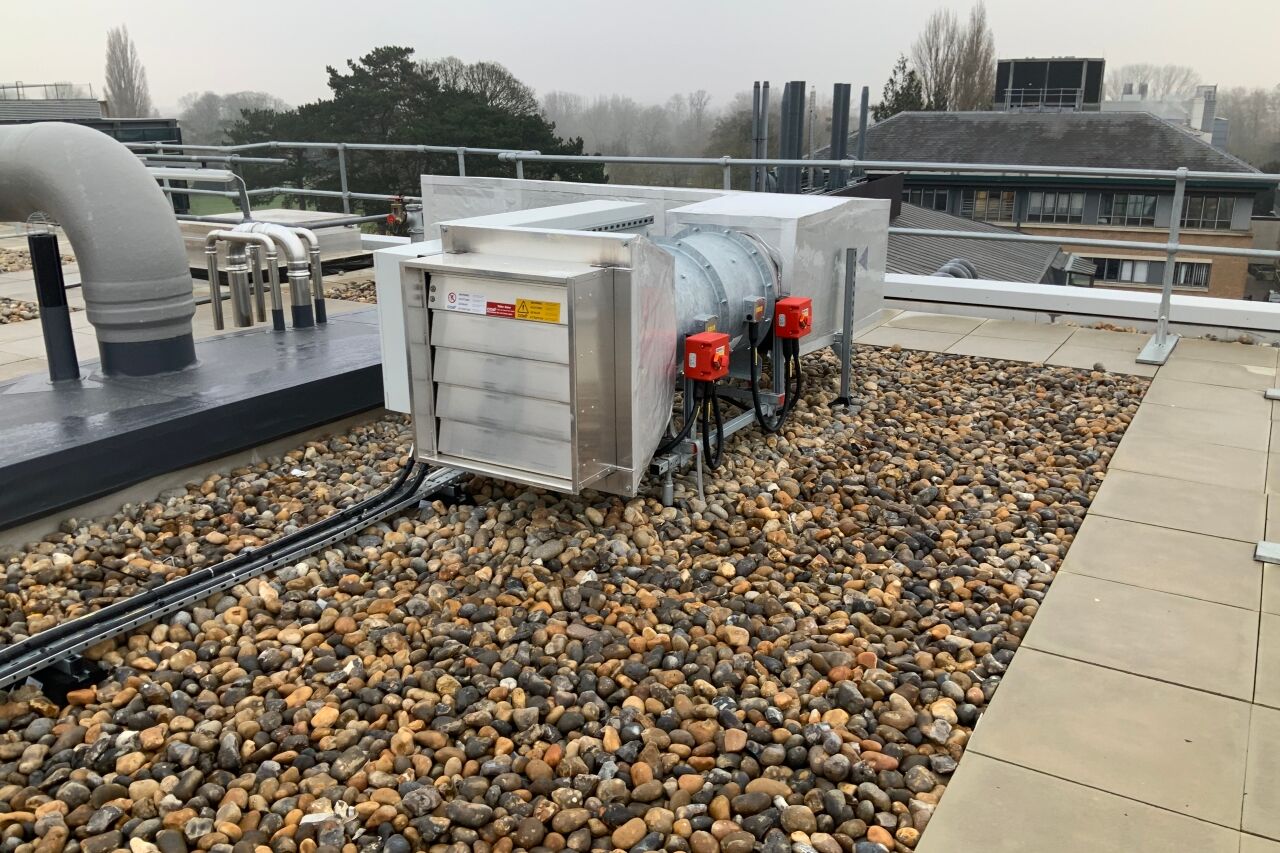 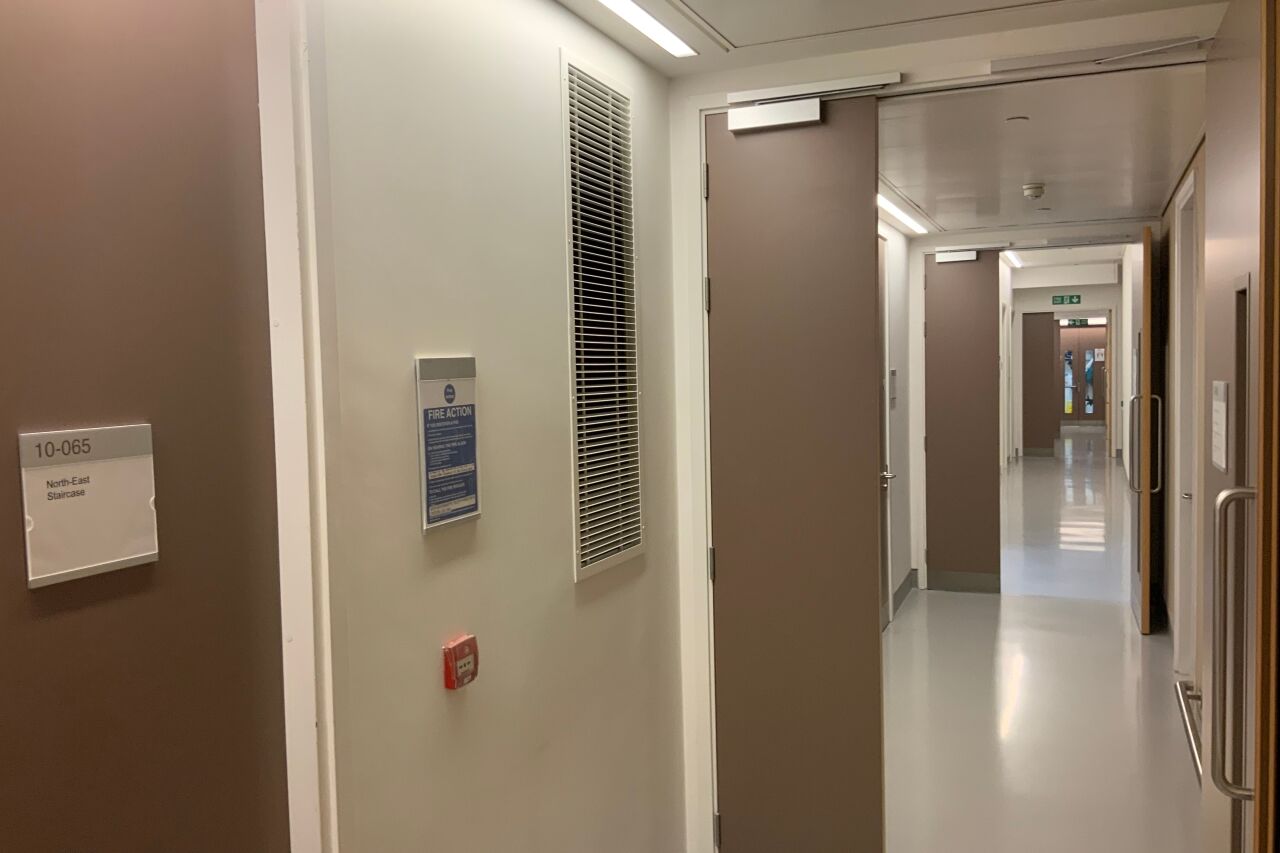 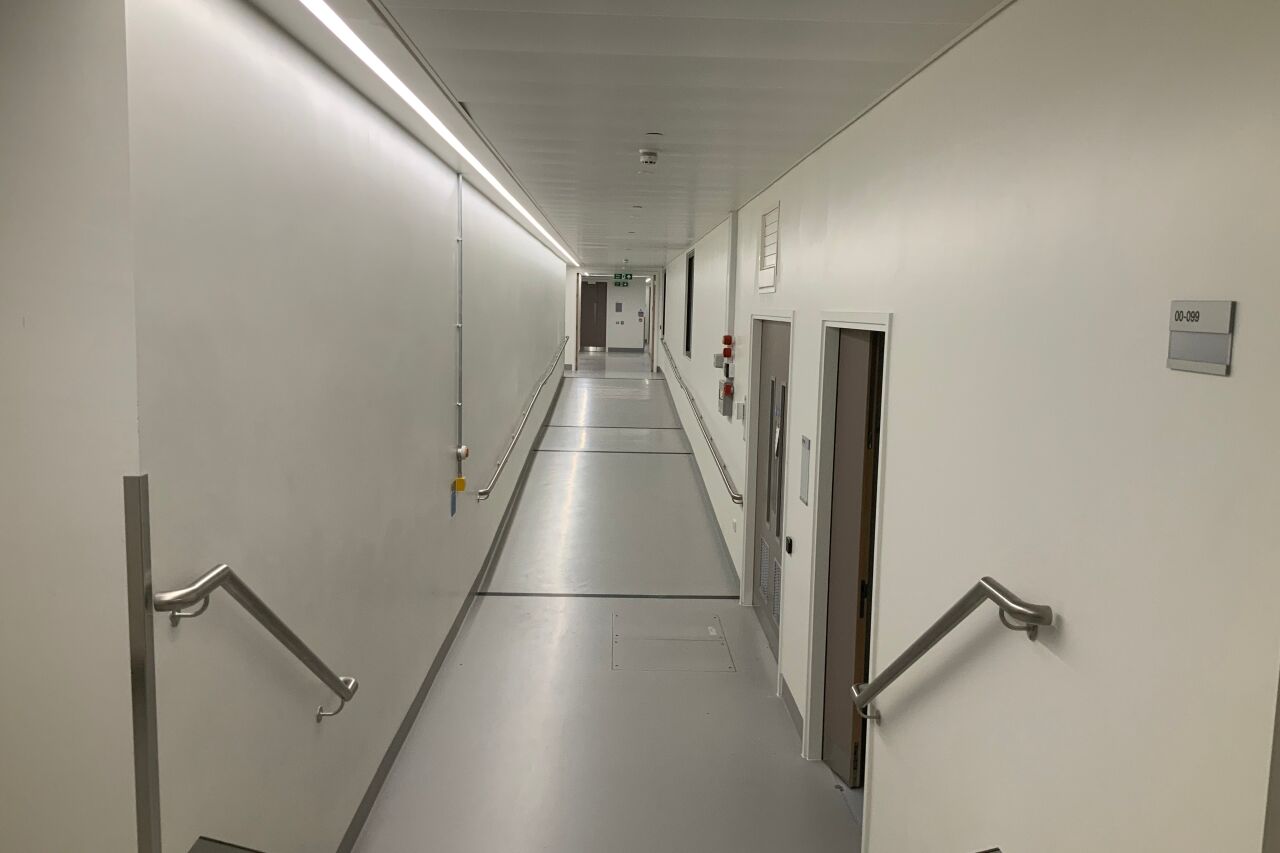 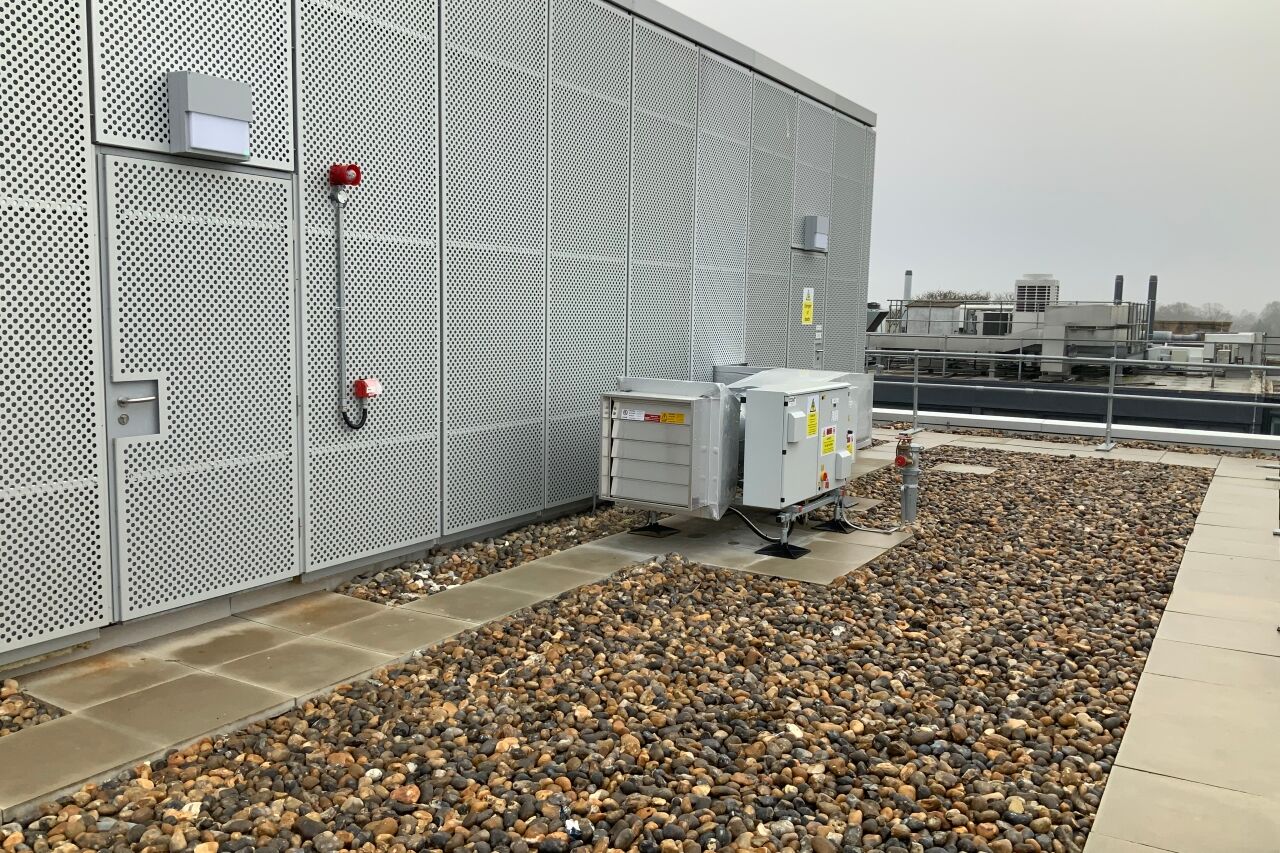 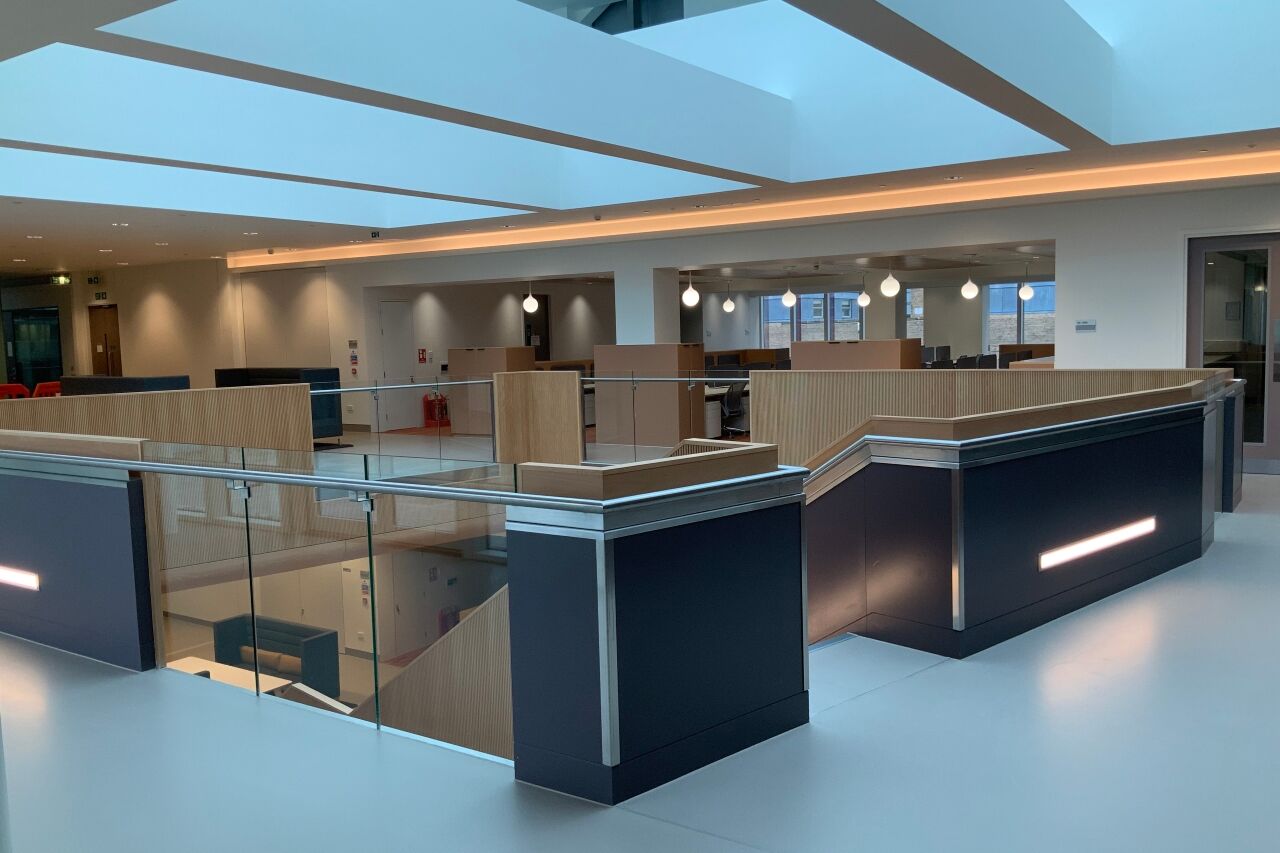 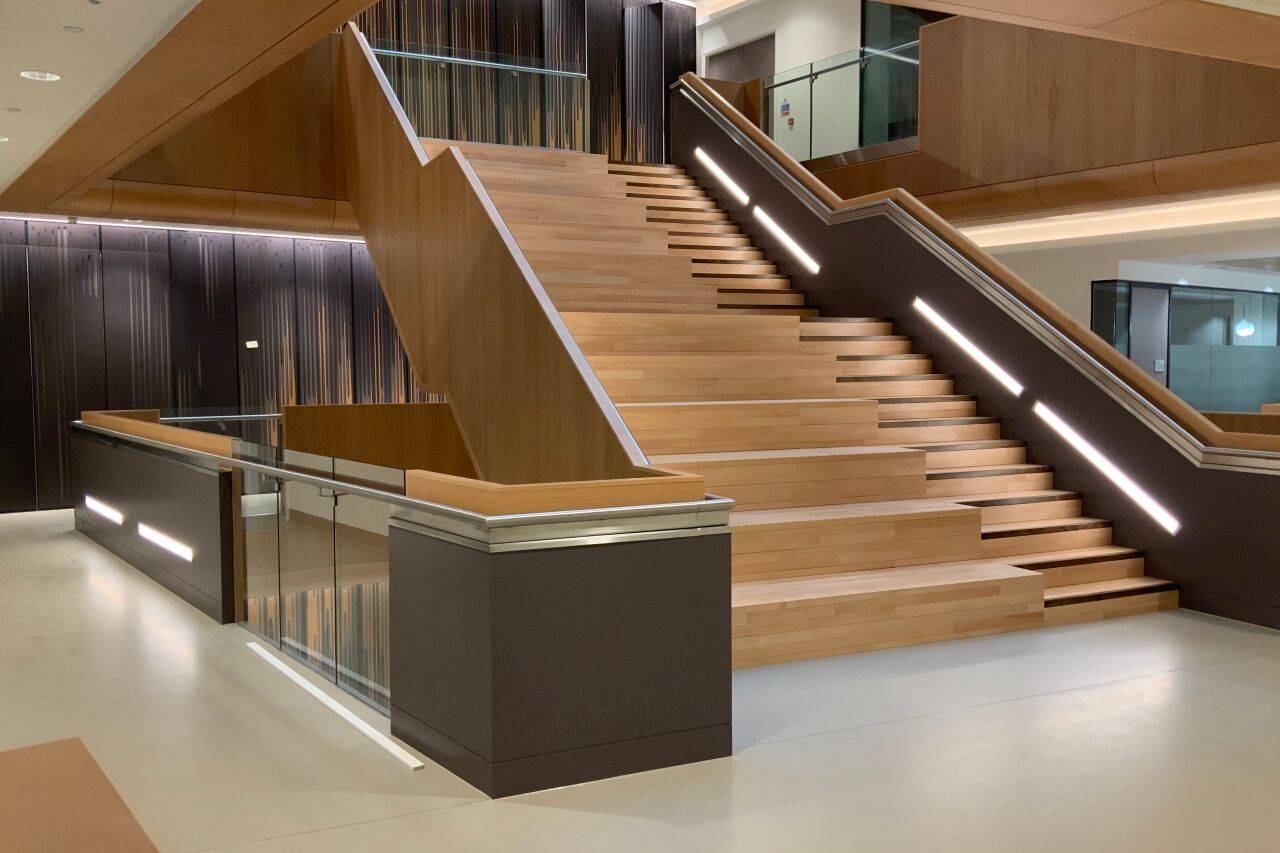