Fires in car parks are on the up

Make sure yours is maintained by Colt 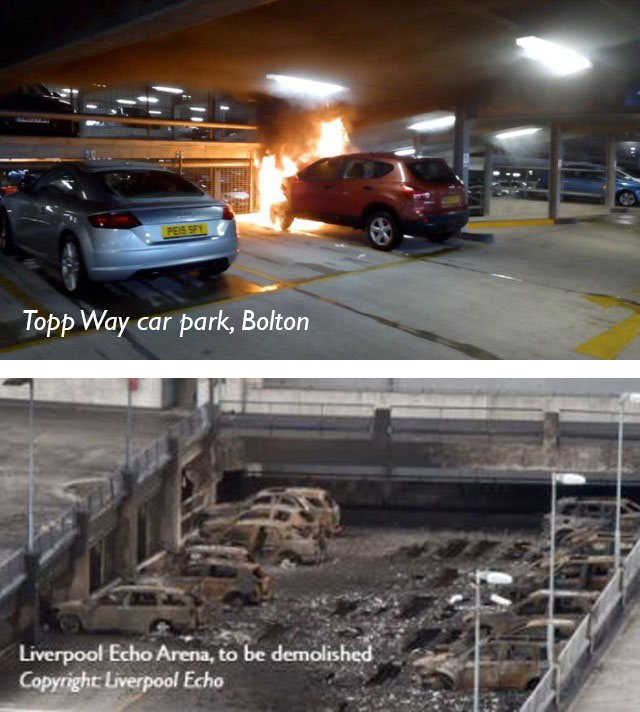 In the last three years, the number of fires in car parks associated with apartments has increased. There have been several high profile fires in major car parks in Liverpool, Derby, Nottingham, Leicester, Newcastle and Thurrock. Any fire can be a dangerous and frightening experience. But a fire in a car park is even worse: often underground, with unnoticed or forgotten escape routes and unfamiliar layouts.

Smoke Control and Carbon Dioxide extraction systems within car parks, whether stand -alone or below apartments or office blocks, need to maintain a clear means of escape for users from thick smoke of a fire. They must also enable the fire brigade to get to the seat of the fire to tackle the blaze as quickly as possible to prevent loss of life or further damage.

Whatever smoke control system is in place, it is imperative that the system is maintained to the original Cause and Effect by a professional, certified, competent company like Colt under the RRO, even if they were not manufactured by Colt.

The benefits of a Colt Service Contract

Colt has the most comprehensive service contract on the market. We pioneered the science of smoke control back in the 1930s, so our knowledge and experience are unparalleled.

The legal implications of smoke control maintenance means cutting corners is never an option. Building occupiers have a legal duty to carry out a Fire Safety Risk Assessment every year.

We’ve got more highly qualified maintenance engineers, stationed in more locations up and down the country, than anyone else. This means that our coverage is truly nationwide, not patchy like some.

Our engineers are guaranteed to be with you within 24 hours. In an emergency, our average response time is 4 hours.

Whether built by Colt or another manufacturer, all types of systems can be expertly repaired, upgraded and maintained by our engineers.

Contact us to talk about setting up a service contract